skip to main | skip to sidebar

History
The typeface, sans serif (French for, "without serifs") first appeared at the beginning of the 19th century and was referred to as "Egyptian" font. The name "Sans Serif" refers to a typeface that does not have winged tips on the end (see figure 1). The name comes from the roman typeface "Serif" which has is the opposite of sans serif typeface. It was first used in 1816 in a type sample book by William Caslon.

This new typeface began to grow quickly in popularity all over the US and Europe, appearing under such titles as "grotesque" and "sans serif." Traditionally, serif letters were used because the scribes could not leave a clean line with their quills. The use of serifs also helped the eye stick to the line and therefore make reading easier. Generally the serif form of typeface is thought to be more old fashioned and grounded in history and tradition, while sans serif presents a new, more modern approach.
http://www.webreference.com/dlab/9802/sansserif.html

At first sans serif created much controversy because people had been so used to the traditional serif form; hence the name "grotesque." The alphabet began to take on many different styles and variations, ranging from slender to bold letters. The letters in the lower case still basically retained the similarity of the roman type. It was the capital letters that were more drastically altered.

All the letters from A to Z were now similar in width, whereas before letters such as B and E were narrower and T and M were wider. These new typefaces were only used in typesetting for titles and headlines. The body text was still done in the traditional roman form of typeface. This situation endured for one hundred years, and it was not until after World War II that sans serif typeface began to revolutionize the world of text publishing.

During the 1920's there were many attempts to change the shape and style of the letters in the alphabet. Many people attempted such experiments as lengthening the letters and trying to construct them exclusively from lines and circles.

During World War II the invention of new typeface styling was brought to a halt. Only in Switzerland did innovation continue to grow. Instead of using typefaces like Futura and Erbar, there began to be a rediscovery of the sans serif typeface used at the end of the 19th century. At the beginning of the 1950's, people began the actual work of constructing typefaces in this style. These typefaces had no typical models, and had strongly emphasized thick-thin contrasts and somewhat angular ovals. http://www.linotype.com/2258/thehistoryoflinearsansseriftypefaces.html

The new technology of photosetting allowed for complete freedom in determining the spacing between letters. This movement led to the crowding of letters up to the point where they became absurdly difficult to read. All through the 1950's and 60's new versions of the sans serif typeface were being developed. Typefaces such as, Excoffon, Aldo Novarese and Eurostile were very popular and used frequently.

http://www.linotype.com/2258/thehistoryoflinearsansseriftypefaces.html
Helvetica
Today, typefaces such as "Helvetica" are still the most popular style for daily use. It is being used everywhere from hospitals to fashion industries because of its generic appearance. The typeface is connected with the name Swiss, not only in name,” Helvetica" means Swiss, but also because of its graphic design. The Swiss style of graphic design is characterized by its preference of photographs over illustrations.
Helvetica still remains the most popular typeface and most computers come with a standard version of it. It is especially important for the more modern era of computers because it is thought to be easier to read a sans serif typeface on a screen than a serif typeface.The considerably enlarged memory capacities today mean that a wide selection of alphabets can be stored on a typesetting machine and are immediately available for use. However, Helvetica still appears to be the most widely form of typeface.
Helvetica acquired its name in 1961 when the typeface was released in Germany. Originally called Akzidenz, it did not become popular until it was renamed and had acquired success abroad. What makes Helvetica so popular is its versatility. It can be used in a wide range of different uses. Its classic form makes it ideal for almost anything.http://www.fontmenu.com/site/sans-serif.html 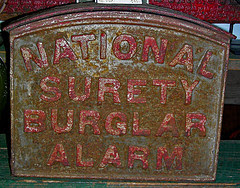 Here is Mr Benjamin contact Email details,lfdsloans@outlook.com. / lfdsloans@lemeridianfds.com Or Whatsapp +1 989-394-3740 that helped me with loan of 90,000.00 Euros to startup my business and I'm very grateful,It was really hard on me here trying to make a way as a single mother things hasn't be easy with me but with the help of Le_Meridian put smile on my face as i watch my business growing stronger and expanding as well.I know you may surprise why me putting things like this here but i really have to express my gratitude so anyone seeking for financial help or going through hardship with there business or want to startup business project can see to this and have hope of getting out of the hardship..Thank You. 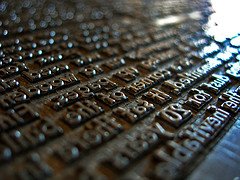